After Christina Parie finished sixth on Australia’s third season of The X Factor, she didn’t let that stop her – keeping on song writing, cover recording, meeting across the ocean, even earning a support spot on Simple Plan’s Australian ‘Get Your Heart On’ tour (after they watched her “Jet Lag” cover on YouTube), until she finally landed a record deal with Warner Music Australia. 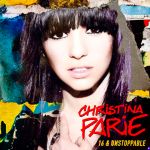 The debut EP from the Australian version of Avril Lavigne marked her entrance in the pop punk world. It contains 5 songs and the title explains it all, 16 & UNSTOPPABLE. It also is the first single from the EP, a catchy pop song, and the music video show some reckless guys having fun round the town (it also raised controversy because of Christina and friends’ bully behaviour in the video) “Hot boys, hot girls, outta control. Late night, play fights, that’s how we roll. Don’t tell us to turn it down ’cause you’re too old if it’s too loud”.

The Veronicas wrote one of the tracks, Back To Life, a melting ballad about getting back our own lives after a breakup. “Big deal, you and I ’cause we nerver really got it right […] I’m gonna get back to life”.

Sorta Wanna Be With You and Ex Oh both deal with the common teenage girl problems such as love, indecisive boyfriends, parties, friends, growing up and the fear of the future. The Sydney’s 16 year old rock chick’s irony characterizes the lyrics.

My Life Story points on Christina’s decision to be part of the music world and industry, but still remaining herself creating “her own movie”.

The EP ends up being pop, youthful catchy, youthful, pop with a pop punk influence deriving from her favourite singers and idols, I’m sure the EP is only the beginning and I hope a future full-length album will be more various and maybe it will attract a larger audience than teenage “Fringelets” girls. 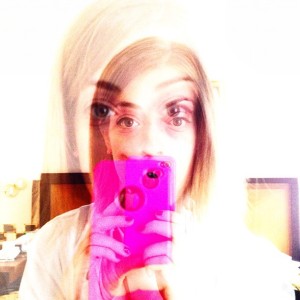