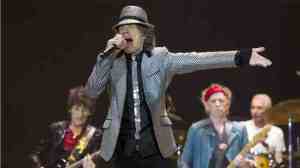 Tickets for the Rolling Stones’ 50th Anniversary concert at the O2 Arena last night (25th November 2012) were going for £1000+ for the best seats in the house and no less than £100 for anyone else.That’s huge money, but putting it into perspective, The Rolling Stones are a huge band that people are seriously excited to see.

Mick Jager had this to say at the show last night:

He also joked about the controversial price of the concert’s tickets:

“How are you doing up in the cheap seats?” he asked fans in the upper rows. “Except they’re not cheap seats, that’s the problem.”

Well here is something pretty cool! We can show you a big selection of some more reasonably priced gig tickets for the greatest acts of all time that we had the fortune of seeing back in their heyday. Check out Black Sabbath for £0.75, Rolling Stones £3, Pink Floyd £1.40.

I suppose one thing you need to remember is that in 1974 I was quite well paid on £18 a week! Are ticket prices too high now? Leave a comment with your thoughts and tell us about the prices that you have to pay to see your favourite bands & artists.

5 thoughts on “Are Gig & Concert Ticket Prices Becoming Too High?”