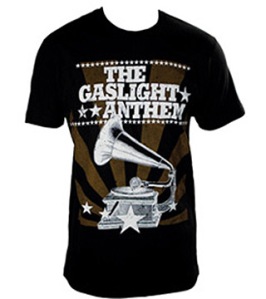 Recorded music involving a needle following a groove started in 1877 with Edison’s phonograph. A development of that was a circular disc, recognisable now as a record, which appeared in 1900. 112 years on and many of us still like to put circular pieces of vinyl on a turntable and listen to the amplified vibrations of the needle, which follows the groove.

There have been a few distractions along the way. The early 1970’s marked the battle between two tape formats, the 8-track cartridge and the Philips compact cassette. Philips won. The idea of record and playback and the small size swung things in their favor. Then in the late 80’s Compact Disc became available. Vinyl was dead. CD sales eclipsed all other formats. The digital format vanquished all other contenders. Analogue was written off. The digital format contained the seeds of its own destruction, however. As home computing power increased CDs could be ripped to the mp3 file format. The music files could be stored, catalogued, distributed, rewritten to other storage means without loss of quality. CD sales are now falling off a cliff!

Loss of quality is what it’s all about though; the analogue sound of a vinyl disc played on a good quality Hi-Fi has a much warmer and fuller sound than a digitised CD recording or a highly compressed mp3 recording. In the past few years vinyl has really been making a comeback. There just seems to be something more appealing about the vinyl experience than the digital format. Maybe its the interaction with the media. It’s hands on. You have to place it on the player and turn it over when the side is done. Sure you need to worry about scratching or warping your discs. Sure they take up space but without them we’d never have the great artwork designs that adorn the 12 inch that we can then sit and immerse ourselves in while taking in the music, along with detailed sleeve notes and lyrics that can be consumed as we enjoy our purchase. Plus the album artwork will usually be transposed to the artists’ T-Shirt and merchandise ranges giving the fan another physical article to buy and enjoy.

Eyesore Merch are all about the T-Shirt and Merch ranges so we are always happy to see bands still investing time and energy into creating the coolest and most striking sleeve artwork possible so that we will end up with the best album themed merch designs possible. Of course you can still have great artwork that can be downloaded with a digital album purchase but there is just something more impressive and emotional about holding a hi-def printed sleeve.

So 112 years on and the market for vinyl, the format that’s outlasted all others is still very much with us. Get yourself a turntable, amplifier and a nice pair of speakers and check the results out against listening to your favorite music on a mobile phone! You’ll hear aspects of the music you never heard before.