By the time that Faith No More released their album Angel Dust just over a week after my 14th birthday, I was already a big fan. After watching ‘From Out Of Nowhere’ from the previous record on the long defunct ‘Chart Show’ on ITV in 1990 I went straight out and bought it with my paper round money. Little did I know at the time that The Real Thing was their third album and that the band had gone through many line-up changes since their inception in 1981. 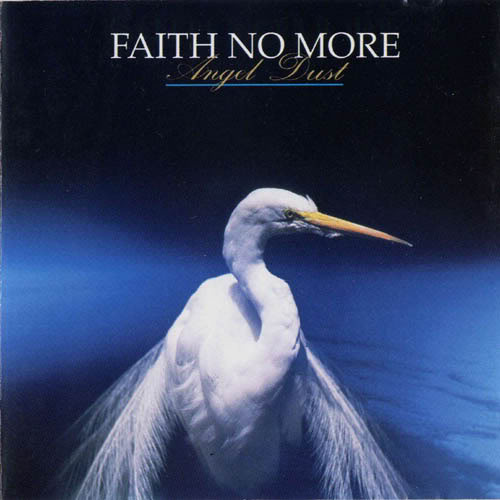 A whole succession of vocalists had come and gone – even a brief stint by none other than Courtney Love in the very early days. Chuck Moseley had been the singer (if you can call it singing) for the first two records; 1985’s We Care A Lot and Introduce Yourself from 1987, but he was eventually ousted due to his very erratic behaviour and replaced by Mike Patton who was then gigging with his high-school band Mr Bungle.

Despite including songs titles such as ‘Surprise, You’re Dead’ and ‘Zombie Eaters’, The Real Thing was very much a lightweight version of Faith No More’s sound – sounding somewhat rushed in places, mainly due to Mike Patton having to write all of the lyrics in the space of a fortnight before recording started. Their much heavier sound came to the fore with 1992’s Angel Dust.

The first thing that strikes you when the album begins is Patton’s voice. If you had heard the previous record then you could be forgiven for thinking that the band had decided to ditch another vocalist. But this wasn’t the case, Patton had re-invented himself (as he has numerous times since) and the days of bicycle short-wearing tomfoolery were over; his voice seemed to have dropped for a second time in between records. What Angel Dust provides the listener with is something that the band hadn’t managed to do before or have done since – a collection of near-faultless songs which never stray into novelty territory. OK, ‘RV’ does tend to come very close to the novelty line but I’ll give it the benefit of the doubt.

Here’s a rundown of the tracks from the original version of the album (which thankfully doesn’t include their completely needless cover of ‘Easy’ by the Commodores); 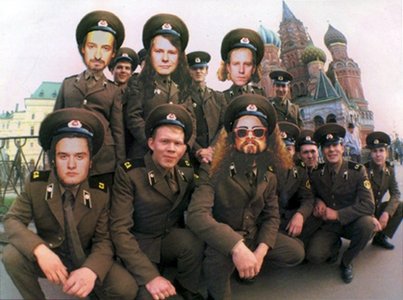 So if you’ve not heard it before (and there’s a good chance you haven’t, it is 20 years old after all) then hopefully this retrospective might give you an idea what to expect!

A big thanks to our guest contributor Ben from the great music blog Ben Likes Music.

10 thoughts on “Angel Dust by Faith No More – A Retrospective”